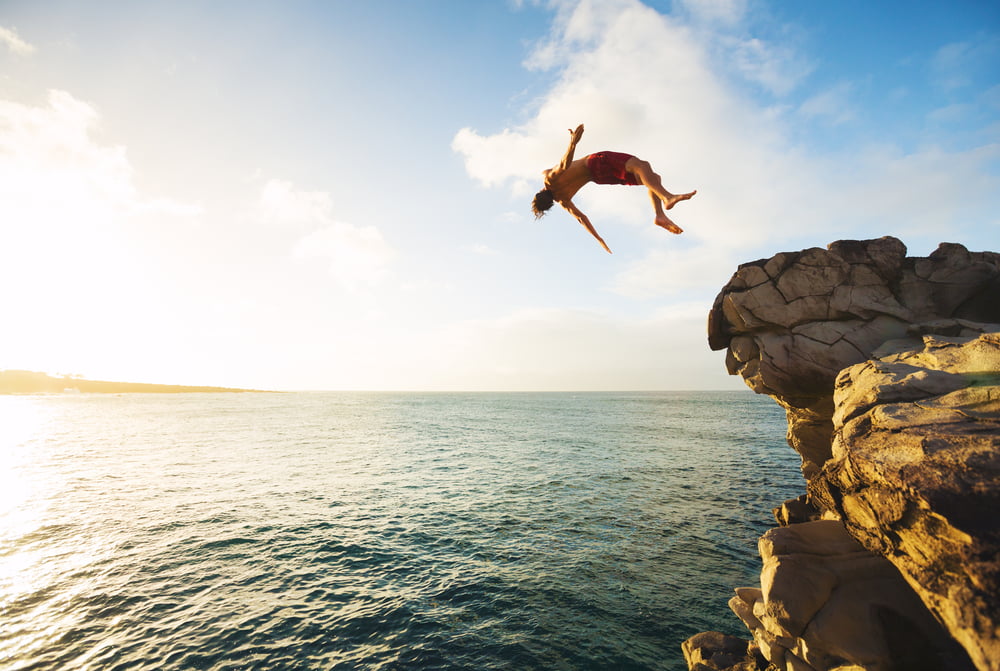 As traditional equities have plummeted in value, especially Nasdaq-based technology stocks, interestingly, so has the Bitcoin (BTC) market. This seeming correlation was most recently exemplified by crypto’s tumble on Christmas Eve, as BTC fell from $4,200 to $3,800 as industry commentators were claiming that a “Santa Claus rally” was nigh. Other digital assets followed, with Ethereum (ETH) quickly posting a double-digit loss as it trailed behind the flagship crypto.

During the same trading session, worldwide macro markets purportedly saw their worst Christmas Eve since the Great Depression, with the Dow Jones Industrial Average losing 2.25 percent in a day’s time. The freefall wasn’t isolated to U.S. markets, however, as Japan’s Nikkei 225 collapsed by 1,000 points, a five percent loss, and a move which made global investors trepid en-masse.

Yet, for the longest time, Bitcoin’s cardinal narrative is that its day-to-day action shouldn’t be reminiscent of traditional markets. So, it should come as no surprise that Andrew Sorkin, a prominent journalist and CNBC anchor, called crypto’s non-correlated nature into question during a recent installment of “Squawk Box.”

Bitcoin Is Non-correlated, Christmas Crash Was Just a Coincidence

And who better to ask than one Anthony Pompliano, a former Snapchat and Facebook growth team member turned crypto diehard, who now heads Morgan Creek Digital. On Boxing Day’s Squawk Box episode, Pompliano, better known as Pomp to his followers, claimed that Bitcoin is “definitely” a non-correlated asset. Referencing data compiled by Morgan Creek, which NewsBTC cited in a recent report on Bitcoin’s role in pension funds, Pomp noted that the correlation between BTC and the S&P 500 is near-zero. The investor even added this is much of the same with the U.S. dollar index.

Sorkin, taking Pomp’s comments with a grain of salt, claimed that he believes that cryptocurrency holders “have a lot of money in FANG stocks, technology stocks — [so] they’re the first movers.” Explaining why this is relevant, the reporter claimed that the decline in markets en bloc could be investors trying to de-risk their portfolios by liquidating their Nasdaq stocks and cryptocurrencies — both deemed relatively risky investments — simultaneously.

The Morgan Creek lead, doubling down on his aforementioned comments, rebutted by simply stating that “the data is the data.” Continuing on about Bitcoin’s non-correlated theme, Pomp noted that forward-thinking investors should allocate one or two percent into Bitcoin, likely touching on the asymmetric risk/return profile that has become crypto’s calling card.

Another CNBC host backed Pomp’s claim, noting that astute pundits have claimed that Bitcoin’s most recent cycle could have foretold the equity markets’ boom and bust, as BTC is often classified as the epitome of a risk-on asset.

Crypto Still Nascent, May Falter In The Short-term

While Pomp is evidently bullish on cryptocurrencies for the long haul, the prominent investor noted that BTC could continue lower over the short-term, adding that sub-$3,000 is a possibility. Although such a claim could be seen as a bearish signal, this sentiment isn’t unheard of. Michael Bucella, for instance, told CNBC’s “Fast Money” that cryptocurrencies have one leg lower to go in its year-long “distress cycle.” But, the BlockTower partner noted that the “smartest money is still moving into” crypto, before explaining that he has high hopes for this industry, even while his outlook on the market may not reflect that.

In closing, Pomp took a moment to draw attention to crypto’s anti-establishment overtones, quipping that a popular phrase in the industry (popularized by himself) is, “long Bitcoin, short the bankers.” The Morgan Creek representative noted that when you boil cryptocurrencies down, they’re driven by math and software, rather than the nefarious individuals that can plague traditional industries. This is, of course, crypto’s underlying value proposition, and this industry’s fundamental narrative since its earliest days, or blocks if you will.